You just paid a tidy sum for a shiny set of construction documents and you’re excited to start building. You’ve been working with your architect or designer for weeks, maybe months, so what could go wrong?

What you might not know is that your architect or designer sent the architectural drawings to a structural engineer to perform the calculations and execute the structural sheets. That sounds great, and it is. But keep in mind that the architect and engineer have different goals when they work on the drawings. The former is focused on design and functionality, while the latter is concerned with making sure the structure is sound and in compliance with different structural and seismic standards.

You probably assume that when the final construction documents are delivered to you, the client, this conflict between architect and engineer has been accounted for. The sad reality is that often it’s not.

I can’t count the number of times I’ve seen a structural issue that interfered with the design or functionality of a project. For example, one time I saw a structural design add a 12” wide steel beam running directly underneath a toilet. Unless you want a composting toilet and don’t need running water, that is going to be a problem. The toilet will require an X” sewer connection and you shouldn’t cut a hole that size into a 12” steel beam. That will compromise the steel.It’s easy to assume that it’s the architect or designer’s job to review the construction documents for such clear problems. However, it’s dangerous to assume. Ultimately, you’ll have to deal with any errors — and their costly financial ramifications — which might adversely impact your project. In this case, a simple solution is to relocate fixtures, moving the toilet where the steel beam won’t interfere. It’s always cheaper to make those adjustments on paper than in the field. So take the time to review the construction documents with your general contractor before you sign off on them. General contractors are focused on the building method and will most likely catch such errors when they can be resolved inexpensively. 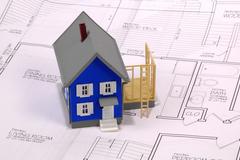 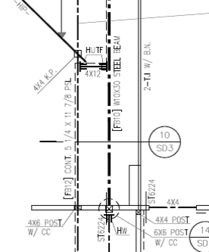 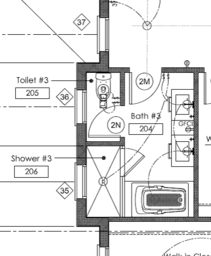